A downloadable game for Windows

You don't need the details soldier. Just go out there and kill em all !!!!!

Tower of BOOM is a 2D run and gun rogue-lite where you have to kill as many aliens as possible down a building as a lone marine left with 5 weapons.

Choose one of them or use your pistol and blow the alien scum into tomorrow.

The game will might be updated and might undergo more changes in later updates and devlogs. New characters will be added, new enemies, more weapons and more building layouts and the game will undergo a slight makeover as well.

You can consult the dev logs for more

Feedback on any aspect of the game would be nice :) . Be sure to enter your high scores in the comments below

You can also download the original Ludum Dare 46 version where you die if you drop your combo meter.

Down arrow  :  Destroy the floor panel below you

Up arrow   :  Jump and also destroy a floor panel above you

V  :  tap to kick or melee (note: you can even kick barrels,alien bullets and grenades away)

C  :  Throw a grenade. Tap it for a short throw and hold it for a long throw

Is this game dead..?

Yup. Doubt I'll return to this one lol

Pretty damn additive. I broke it.

Hey man. Thanks for trying it out. It gave me an idea of what I can do for the game :)

I just want to say a few things though.

Did you notice how certain things would glow white when you were near them (The doors, barrels, grenades and projectiles of enemies) ?

You could actually kick all of them, though I think you realised it a little too late XD. If you kick an enemy bullet at the right time, it will shoot back at the enemy and give you health. The same goes for the grenades.

Still, I suppose it's my fault for not explainging things properly. I'll add a tutorial level in the next Dev Log.

Along with another weapon ;)

Thank you for taking the time for the video and for giving me this feedback through it :)

True. I jumped right into the game. I should've read more heh. I'll probably have a replay of it at some point.

Great game mechanics and idea! I felt like Rambo destroying anything in my way!

Thank you for playing man :). Not bad a score btw XD 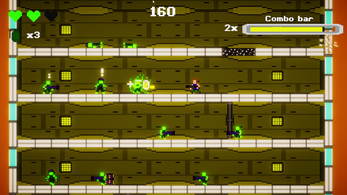 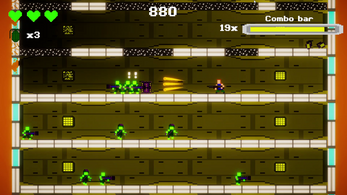 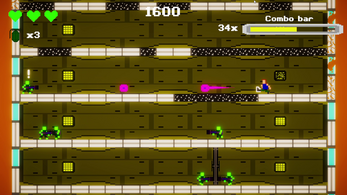 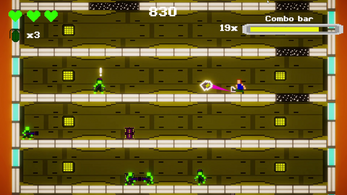 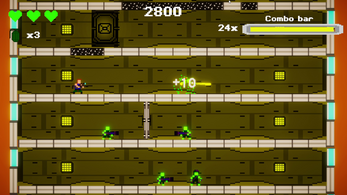 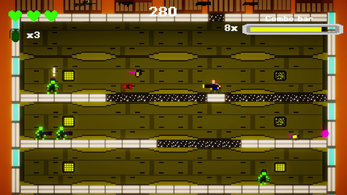