Unblockable attack :       Can only be dodged . Cannot be blocked

Blockable attack :        Can only be blocked. Cannot be dodged

( Press the dodge key while not moving to do a backdash. Press while moving to dodge in the direction that you're moving in )

amazing feel. Easy to get into, hard to master

I don’t enjoy soulslikes personally but this was fun

The HP was very generous so I could tank a load of hits. Still prefer Nok Out *slightly*

some tutorial ?? im creating my boss fight but im new :/

Nice combat system and pretty fun to play, having to alternate between blocking and dodging.

I was hoping something else after defeating the knight though.

I like the environment, but I think the parallax scrolling would benefit from being more "pixel" by "pixel" snappy, because it makes the background a bit distracting when moving.

how the shit did you make a better souls boss then the entire last half of eldenring?

Great game, I always love quick combat games like this. All the attacks were telegraphed really well and it felt good to learn the boss's patterns. I also really liked that the boss got a few new attacks as the fight went on. Nice job!

Very satisfying mechanic, had a blast playing! 5 Stars (if I were allowed to vote) ... And really scratches that Dark Souls itch:

Really cool game, I've never played any dark souls games, but I don't think I want to after playing this.

Uh, I just died and killed the Black Knight! 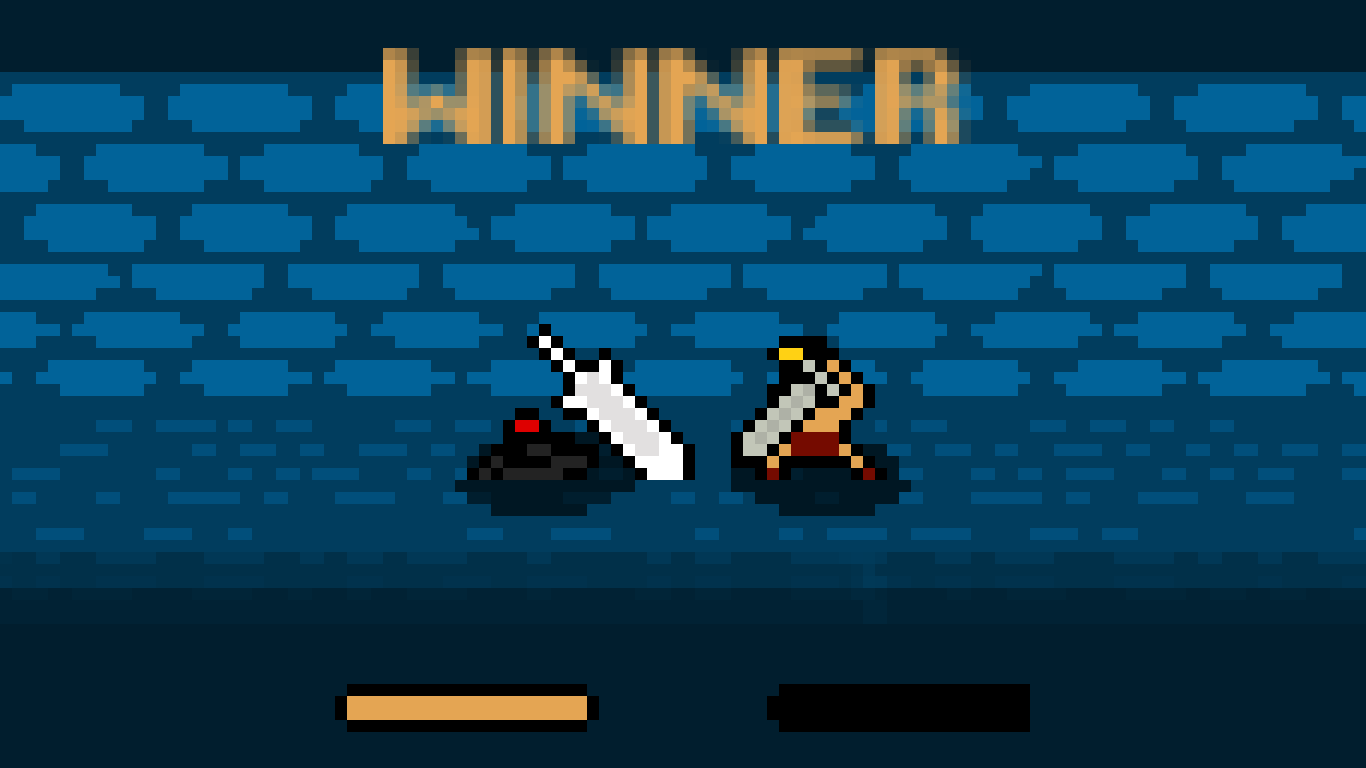 this is pretty fun

Really cool! Souls vibes. I love the 3D walls and the gameplay is intuitive and fun. Could make a nice boss rush game

It was stronger than the Dark Souls Black Knights  xd.