Every time you step into light, your bookmarks are replenished

Your final score is the number of lights you've stepped into

hey man this is a great game and i would really like to see more horror games like this one in the future!

ayo whats he doin to me in the game over??? 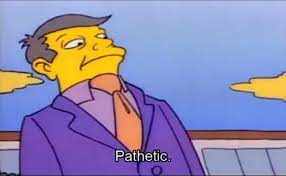 Is it possible to make an android version out of this game, i really want to play this on my Android device :)

Interesting concept. I did run into the problem of enemies spawning right ontop of you.

Hey Piggy I'm interested on How do you do the pixel effect?, its all full pixel sprites or you're using a specific shader  ? or you play with the camera scale resolution?

Hey thanks. The camera just renders at a lower resolution is all. The shaky effect when an enemy is close is because the camera vibrates about its' local position. No shader work here lol

Awesome game, i recommend it!

This is some seriously impressive game loop. Eerie and hella' playable!

Thanks for playing and making the video :)

Pretty cool. I always would see the creepy smile on the book and whip my mouse around going like where is it?! Then I would die because I forgot to look behind me like a stereotypical horror character.

ohh boy, this game stresses the hell out of me ! xD
But super awesome concept, love it

Cool concept! This could definitely be expanded further

lol my best is twelve

This is so good! The monster's unexpected appearance always scares me!

Thanks for playing and for making the video man :). Love the way you've coloured the thumbnail as well. Kinda given me an idea or two to colour in the eyes of the book

Such a cool game! I got jump scared so many times. 😅

Didn't run into any bugs with the WebGL version, so I'm probably lucky.

Fun little game! A simple concept, that works really well. I dig the artstyle, and the idea of not seeing the monsters but hearing them closing in is quite fun.

Congrats! I got to score 17 points in my best run before 4 of them attacked me at once, leaving me to back off... Into another one from behind ^^

Thanks for playing :). Glad you liked it

I think this is a really neat idea and it definitely nails the spookyness. Hearing the enemy sound and not being able to see it what actually kinda terrifying. Also the STYLE! WOW I love how your 3D style is evolving. 10/10 style points. I had two problems. One was the the book seems to just not work sometimes. Maybe the range it works at is a lot smaller than it seems but a bunch of times I felt cheated when the book missed the ghosts. The other was just that I found that I got the best results by just running and ignoring any ghosts that weren't right in front of me. being able to win by ignoring the main mechanic is means I made it boring for myself. my problems were pretty minor but if you fix them I think this game is nearly perfect

Thanks for playing :). Apologies for any issues you faced and as for ignoring the enemies, it works early on but later on they kinda swarm you and you pretty much have to use the book once in a while. At the very least it ensures that you're always on the move though I suppose I could have made enemies more relentless tbh. Still though, thanks for playing and for the feedback :)

(no PC so played the browser version)

Saw this in the post-jam discord so thought I'd give unsolicited feedback as no one signed up for my review-swap round lol.

Feedback:
2D sprites for the monsters is cool, but imo it might've suited better for them to be closer in fidelity to the environment and player, rather than enlarged super low resolution.

With the audio I know it's a horror game but maybe the sfx were a little *too* harsh? I had to turn down my volume a whole lot. But I can imagine less overdriven sounds working really well. It was all mono though so hard to tell where enemies were, not sure if that was intentional.

I don't mean to be too critical. Overall great style and originality. I'll check out your other games at some point! Take a look at 'Fear the Void' if you like and/or delete this comment ha. Good game.

Thanks for playing :). Apologies for the SFX lol. As for the music being mono, that was intentional actually. I was hoping it would generate some tension lol.

Either way though, thank you for playing :)